According to Axios, the German authorities have asked the US Congress to abandon the introduction of new sanctions against Nord Stream 2. At the same time, Berlin assured that they had invented new levers of pressure on Russia 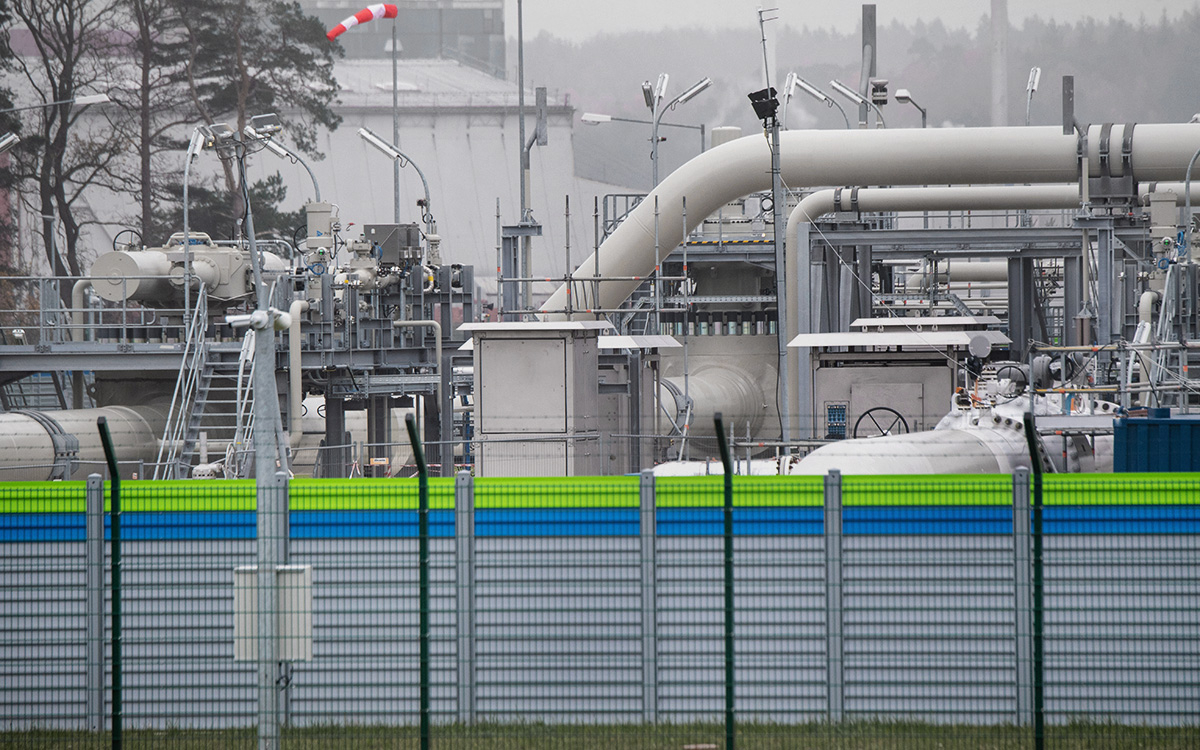 The German Embassy in Washington has called on the US Congress not to impose restrictive measures against the Nord Stream 2 gas pipeline. This is reported by Axios with reference to an unofficial document that came into its possession.

According to the portal, the German authorities told their American colleagues that the imposition of sanctions against the gas pipeline and related directly or indirectly, companies will weaken confidence in the United States and “ ultimately harm transatlantic unity. ''

The document says that now the pipeline does not pose a threat to Ukraine, “ as long as reasonable gas transit is guaranteed '' through this country. It also suggested that possible US sanctions against Nord Stream 2 could be a “victory for [Russian President Vladimir] Putin,” as the restrictions would discord relations with Western allies.

In addition, the document notes that Germany is determined to implement the July 21 agreement with the United States on supporting Ukraine, energy security and climate goals, in order to strengthen both Ukrainian and European energy security and “ deter Russia from abusing the pipeline in aggressive political purposes. '' “ Unilateral action by the US Congress could undermine these joint efforts and seriously weaken the transatlantic unity on the subject of Russia, '' & mdash; are excerpts from the document.

It states that Nord Stream 2 In no way did he soften Berlin's policy towards Moscow, and that “ the rise in energy prices is a global phenomenon and cannot be solely caused by Russia. ''

At the same time, the document, dated November 19, describes the steps that the Federal Republic of Germany will take at the national level, including “ strong public statements '' condemning Russia's behavior. According to Axios, the German government will also “assess [the possibility of] limiting or, if necessary, suspending certain bilateral political meetings or certain formats of cooperation with Russia.” In addition, as the document says, Berlin will “ review possible limitations '' for future Russian fossil fuel projects.

On November 9, a group of Republican senators launched a new initiative that calls for sanctions against Nord Stream 2. US lawmakers have proposed an appropriate amendment to the National Defense Authorization Act (NDAA) for fiscal 2022. If the amendment is adopted, no later than 15 days after that, US President Joe Biden will have to impose sanctions against “ any organization responsible for planning the project, construction and operation of the Nord Stream 2 gas pipeline, as well as against the main shareholder of such companies. In fact, we are talking about the company Nord Stream 2 AG & mdash; “ daughter '' Gazprom and the project operator. It was created for the planning, construction and subsequent operation of the gas pipeline.

In July, German Chancellor Angela Merkel and US President Joe Biden signed an agreement that would allow Russia to complete Nord Stream 2. Berlin promised to advocate for the introduction of sanctions against Russia if Moscow uses gas transit as an instrument of pressure on other countries, including Ukraine.

Nord Stream 2 completed in September. It was supposed to be ready at the end of 2019, but the work was prevented by US sanctions. Because of them, some of the foreign partners left the project. According to Gazprom, the pipeline is ready for launch. For this, Nord Stream 2 AG must obtain approval from the German and then the European regulator. In Germany, the decision must be made by January 8, 2022, then the European Commission (EC) will consider it within two months. The EC also has the right to extend the term for another two months & mdash; until May 8, 2022, Bloomberg reported.

At the end of summer, exchange gas prices in Europe began to rise sharply, and in mid-autumn they reached record levels. So, on August 30, the price for 1 thousand cubic meters. m was $ 600, September 15 & mdash; $ 970, and on October 6, it peaked at $ 1969. At the end of October, Putin, who had earlier blamed the jump in fuel prices as “ harsh rash actions '' and mistakes made by the EU authorities, instructed Gazprom start planned work to increase the volume of gas in European storage facilities. After that, gas prices dropped to almost $ 800 per 1,000 cubic meters. m.

In the EU, the sharp increase in gas prices was associated with the actions of Gazprom. The Russian company refused to book additional capacities for the transit of gas through Ukraine for August, September and October and bought only a third of the proposed transit capacity of the Yamal gas pipeline & mdash; Europe, which goes through the territory of Belarus and Poland, in October. A group of MEPs said that Gazprom could provoke price fluctuations to speed up the launch of the Nord Stream 2 gas pipeline, which is awaiting approval from German and European regulators. At Gazprom itself these accusations were denied and they stated that the gas volumes were in accordance with the concluded contracts.

← The Sun: Russia and China may want to “rein in America on multiple fronts” SpaceX plans to launch a new group of Internet satellites Starlink →