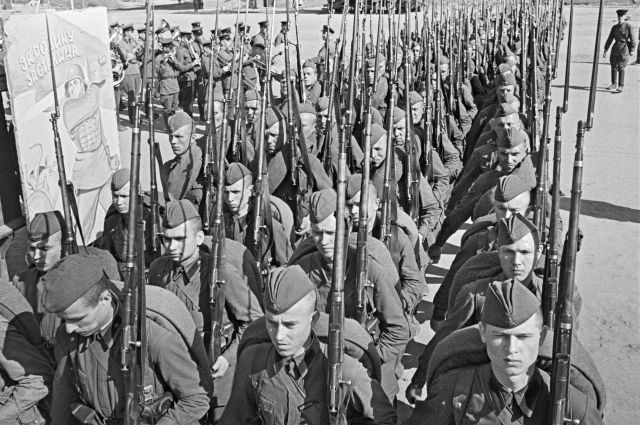 It is often believed that on June 22, 1941, the Soviet Union in many ways plunged into uncontrollable chaos, since both the state and the military leadership of the country turned out to be un prepared for an attack of such magnitude.

It would seem this is confirmed by the events of the first months of the war. Yes, there were serious mistakes and miscalculations. But the mechanisms that ultimately ensured the victory started working from the first day of the Great Patriotic War.

General mobilization — This is a term that should not be taken literally. The first wave of military mobilization did not affect absolutely the entire mobilization resource of the country. Moreover, the decree of  22 June affected only about every fourth or fifth of conscripts. Of 17 military districts, mobilization affected 14.

In fact, the decree on mobilization did not start, but continued the process. In January 1938, the number of the Red Army was less than 1.6 million people. Hitler's expansion in Europe by this time left no doubt the inevitability of a major crisis.

In  1939, the Universal Conscription Act came into force, reducing the age of conscription from 21 years to 19 years. Lowering the age of service has also reduced the number of possible reasons for granting deferrals, etc. In addition, the holding of training camps for reservists in the spring of 1941, as well as an increase in the number of conscripts at the end of 1940, together ensured an increase in the number of the Red Army to 5 million people by 22 June 1941      /p>

According to pre-war plans, this was supposed to be half the size of the army that is needed in the conditions of a large-scale war.

The data on devaders — their number was less than 1 percent. This was explained both by the consciousness of Soviet citizens, and by the fact that many expected something like the liberation of Western Ukraine and Western Belarus, or, in the extreme case, the Soviet-Finnish war.

Everything according to staff

A common misconception based on Soviet war  — mobilized directly from the railway station went to the front. It's not quite true. Such a situation began to arise when the situation on the front was becoming absolutely catastrophic. Initially, the flows of mobilized were strictly divided. Those who were assigned to units based in western districts were sent to concentration areas. Assigned to units advancing to the battlefields from places of permanent deployment, they arrived in garrisons assigned to departed units, where they were used to create reserve formations (reserves of warring regiments and brigades). The third part of the mobilized went to the rear to form new units. The fourth part went to an even deeper reserve in remote districts.

The pre-war plans of the General Staff of the Red Army assumed that this would be enough to stop the enemy’s breakthrough, and then push him back, proceeding to offensive actions.

Severe necessity: what was done when everything went wrong    plan

We know what really happened in the first days of the war. Already in the first ten days of July, a resolution of the State Defense Committee “On the formation of additional rifle units” was issued. Large losses in killed, wounded and prisoners are forcing the Red Army command to switch to what is called “permanent mobilization”.

Contemporaries recalled that the July mobilization — August 1941 looked truly tragic. Women, seeing off fathers, husbands, brothers, sons, could already imagine what was happening, and understood that their relatives were going to certain death. But, nevertheless, it is not necessary to speak about the manifestation of cowardice.

By the end of summer, the mobilization of those liable for military service born in 1895-1904 began, and in the late autumn of 1941 approximately 300,000 people born in 1890-1894 were called up. These older ages were used in the formation of auxiliary units, employed together with civilians in the construction of defensive structures.

At the same time, the formation of parts of the people's militia was going on, where people were enrolled who, for one reason or another, did not fall under mobilization. Here the principle of voluntariness was applied. At the same time, command personnel were allocated to the militias from among the regular officers. 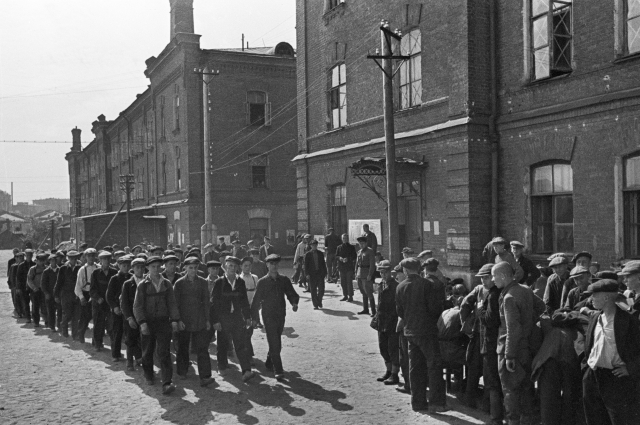 The surprise of Franz Halder

As a result, by the end of 1941, about 14 million people were mobilized. Of these, about 2.2 million were sent as the so-called marching replenishment to the units operating directly on the front. The rest were sent either to the formation of new rifle, tank and cavalry formations, or, as already mentioned, to construction units.

August 11, 1941 Chief of the German General Staff Franz Haldernoted in his diary: “By the beginning of the war, we” had about 200 enemy divisions against us. Now we already have 360 ​​enemy divisions. These divisions, of course, are not as armed and not as well-equipped as ours, and their command is tactically much weaker than ours, but be that as it may be, these divisions exist».

The mobilization process did not stop there. The heavy losses of the Red Army in 1941 in killed, wounded and prisoners demanded compensation. And young men who reached military age went to the front.

Wartime demobilization: who and why were they sent home?

In total, during the years of the Great Patriotic War, about 34.5 million people served in the units of the Red Army. At the end of hostilities, there were 12.8 million left in the army, of which about 1 million were in hospitals.

The total irretrievable losses of the Red Army amounted to about 11.5 million (died in battles, died of wounds, tortured by the Nazis in captivity, missing).

During the war, almost 3.8 were demobilized million military personnel. Most of they returned home due to the effects of injuries, but there were those who were fired due to old age. There were  servicemen discharged due to pregnancy — Yes, don don forget that women also fought, but remained women.

Unpleasant, but necessary mention — over 430,000 servicemen were convicted for various crimes.

The last military draft: how guys born in 1927 served for 8 years

In the autumn of 1944, the State Defense Committee announced the last military draft — young men born in 1927 were mobilized (during the war years, the draft age was reduced to 17 years).

These conscripts were already deliberately protected, trying not to be sent to the front line. Nevertheless, among them were those who fell into hell, including participated in the storming of Berlin, and then fought militaristic Japan. And  the boys died along with the elders.

In 1946 1948 there was no conscription for military service in the USSR. There was a reverse process — gradual reduction of the Armed Forces to peacetime norms. The demobilization was carried out in six waves, the last of which occurred at the beginning of 1948 of the year. At this point, the backbone of the Soviet Army was made up of conscripts born in 1926 & ndash; 1927.

The new law on universal conscription was adopted in 1949 . He assumed a 3-year service in ground forces and aviation and 4-year — in navy. But these norms did apply to soldiers of the last military draft, whose service life was indefinite. As a result, they served in the army for 6-8 years. So the history of the mobilization of the Great Patriotic War could be considered completely ended only from 1953 .

← The authorities will allocate more than ₽21 billion for the work of movements of children and youth They spend the night in the car, suffer mockery. What do the Russians who have left face? →