Rules for the entry of Ukrainian refugee children will be changed by Britain: “Unacceptably terrible”

Numerous expressions of dissatisfaction with the way official London accepts refugees from Ukraine seems to have had some effect. The rules for the entry of Ukrainian children into the UK will be changed. Unaccompanied persons under the age of 18 are expected to be admitted with the written permission of a parent or guardian. 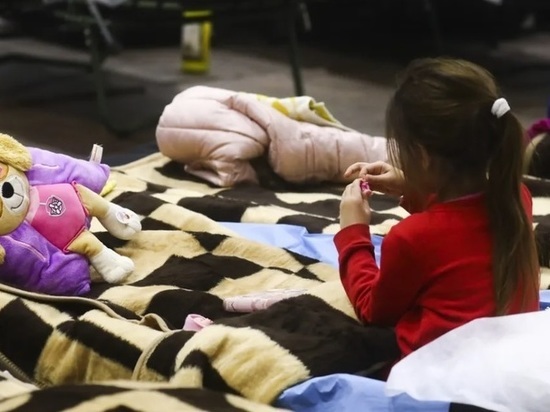 New rules are expected to be announced this week to allow Ukrainian children to travel to the UK on their own, writes The Guardian.

The move follows revelations in The Guardian that more than 500 parentless children who fled Ukraine were stuck waiting in Europe after applying for the British government's Homes for Ukraine programme. Most of them are teenagers who thought they would be eligible for the program and that British families were waiting for them, but who had not heard anything about the harsh requirements of the UK Home Office.

According to the Daily Telegraph, the new rules suggest that people under the age of 18 will be allowed to enter the UK unaccompanied if they have written permission from their parents or legal guardian.

A spokesman for the British Home Office did not confirm any details, but did not deny that the announcement was expected on Wednesday. It is assumed that such permission for minors will be part of the “Houses for Ukraine” scheme.

Teenagers traveling without parents could initially count on British visas under the Homes for Ukraine program. London then introduced a policy to prevent anyone under the age of 18 from traveling without a parent or legal guardian, but the UK Home Office offered no alternative or solution to all those who applied before the changes were announced.

Beth Gardiner-Smith, Executive Director of Safe Passage International, said: “We welcome the announcement of a new itinerary for unaccompanied minors from Ukraine. However, it shouldn't have taken that long as the children were effectively abandoned with the promise of visas which were never received as the government was slow to do so.”

The Guardian cites the example of 17-year-old Ukrainian Nazariy, who has been waiting for a decision from the British Home Office in his village in western Ukraine for more than two months. No progress has been made on his case since The Guardian first reported on it in early May, and he has not heard from the UK Home Office. The teaching assistant and her family in Hampshire have been ready to accept him since the application was made in early April. Nazariy said he considered the wait and lack of information from the Home Office “impossible” and was relieved that this could be resolved soon.

Labour MP Alf Dubs said the British government, in fact, , will return to its original position, leaving the teenagers to wait alone in dangerous situations. “All this time there has been absolute incompetence, if not bad faith… What the government is doing is unacceptably terrible,” the politician said.

A British government spokesman said: “We are responsible for the safety of children, and, as rightly expected public, we have put in place robust processes to protect them upon arrival in the country, working closely with local councils. Only those under the age of 18 who are traveling or reuniting with a parent or legal guardian in the UK are currently eligible for the Homes for Ukraine programme, but as we have always said we are continuing to review eligibility for all of our schemes '.

← The British queen was called “incredibly boring”, refusing to consider it an insult “War of the gray zone”: why did China send dozens of planes to Taiwan →